Who will stop the virus pandemic – the greatest…

In RS Perry’s latest thriller book – Ecuador – about the adventures of the Biological Warfare Center’s secret agent Jim Johnson – this time he is faced with a kidnapping that leads to a chase to discover the release of a killer virus.  In the race to solve the mystery and stop

the killer virus pandemic, Dr Johnson aka Colonel Johnson and a cast of colorful characters go on a whirlwind tour from Rio de Janeiro, to Bogotá, and to  the Shuar people of the Amazon. Howe is the CIA involved, Conflicts rage between drug cartels, governments, the army and the FARC rebels of Columbia.  Who are the good guys; the sad eyed lanky Jago that leads the rebels, his sometimes partnerCherry Bomb, the feisty Angleicá, Angel to her friends, or the BWC team of unforgettable characters: the laid back Canadian Brush, the ex FBI agent Glenda Rose, the high achieving Asperger’s virus expert Nusmen, the unique Special Forces team headed by Neilly, and the BWC support team with the twirling Sheilla, and Misa and Vidya, elite white hat hackers. Heather struggles to understand Jim as she takes care of the llama ranch in Eastern Washington, her adopted son Pedro, and the Phantom of the Mountains, Old Man Shuskin. A thrilling adventure with exquisite scenery, alongside enduring characters that become your friends. This sequel to the O Trilogy will keep you turning the pages.  RS Perry books are a unique mix of science, beauty, adventure, and romance.

RS Perry
RS Perry is a writer, scientist and adventurer who has sailed across the Atlantic in a small sailboat and been to the bottom of the Pacific in Alvin, the Woods Hole deep submersible. When he is not studying microbes and early life at Imperial College London, he can be found organizing the UK and European Space Design Competitions. He is a screenwriter and member of the Writers guild of America West. Dr Perry loves the Earth’s wild areas, flying, diving and exploring deserts. Before doing a late PhD, he owned a remote ranch in north central Washington State. Educated at the University of Washington he received a Phd in Earth Sciences and a NASA certification in Astrobiology. He has published widely in geochemistry, microbiology, origin of life, linguistics and education. In his spare time he likes to paint.He received a National Science Foundation International fellowship to the University of Oxford and was awarded a Royal Society Fellowship at and Imperial College London where he remains as a Senior Research Scientist. He splits his time between Northern Michigan and London.
killer virus pandemics 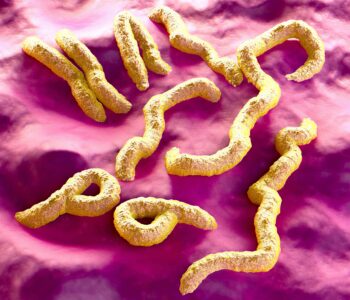 Pandemics, viruses, and the world’s…