Jim Johnson novels cont. – Off The Edge, Over The Line and Out of Time.

The mountains between  Jim and Heather’s llama ranch and the west coast (Seattle) were notorious for bad weather, especially high winds and icing conditions. He quickly realized that he need a plane that could fly over the weather, carry more people and cargo, including the occasional llama, have instruments capable of getting the plane through treacherous weather and ways to shed ice. The Piper Seneca PA-34 is a twin turbo charged plane with known icing capabilities. Heated props, windshield, air intakes and expandable boots on the wings for shedding ice are worthwhile options for mountain flying. It could fly nearly twice as high as Jim’s first plane, a Piper single engined Cherokee and a lot more safely. Safe or not, his partner, Heather, was afraid of flying.

Jim Johnson, the hero of the Jim Johnson novels, didn’t learn to fly for fun but rather as a means of getting over the mountains quickly. While the Cherokee partially satisfied that goal. It only did so  only in fair weather. The thirty hours learning to fly the small single engine plane quickly turned into a 100 hours of instrument training in the much more complex Seneca. Well, that explains why he ‘needed’ a complex plane; it doesn’t explain his need for a helicopter.

Occasionally fixed wing plane pilots and helicopter pilots do not enthusiastically share the air spaces and many helicopter pilots are not licensed in fixed wing aircraft. They are two entirely different birds. Jim learned to fly for easier transportation than driving, but he purchased his white Enstrom F-28 for love. It was also turbo charged (for rising to higher altitudes),  with the same continental engine as the Seneca (back in the 1980s they were the same), and a good choice for flying through and over high mountains.

Flying planes is a technical exercise while flying helicopters is more of a seat of your pants exercise. The truth is, Jim didn’t need the Enstrom  like he needed the Seneca, but if he could have only one material possession, something just for the sheer pleasure of looking at it and flying it – it would be his small, sleek, white helicopter.

Jim’s Enstrom is an important part of the Jim Johnson novels. The novels can be purchased in paperback or in digital formats at Amazon or rs.perry.com.

RS Perry
RS Perry is a writer, scientist and adventurer who has sailed across the Atlantic in a small sailboat and been to the bottom of the Pacific in Alvin, the Woods Hole deep submersible. When he is not studying microbes and early life at Imperial College London, he can be found organizing the UK and European Space Design Competitions. He is a screenwriter and member of the Writers guild of America West. Dr Perry loves the Earth’s wild areas, flying, diving and exploring deserts. Before doing a late PhD, he owned a remote ranch in north central Washington State. Educated at the University of Washington he received a Phd in Earth Sciences and a NASA certification in Astrobiology. He has published widely in geochemistry, microbiology, origin of life, linguistics and education. In his spare time he likes to paint.He received a National Science Foundation International fellowship to the University of Oxford and was awarded a Royal Society Fellowship at and Imperial College London where he remains as a Senior Research Scientist. He splits his time between Northern Michigan and London.
Enstrom Helicopter Jim Johnson RS Perry 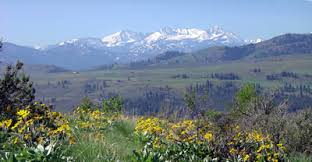 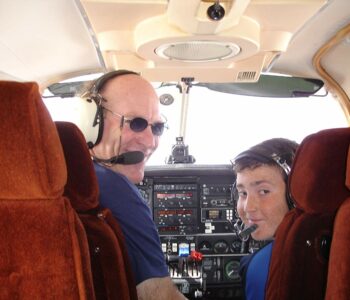 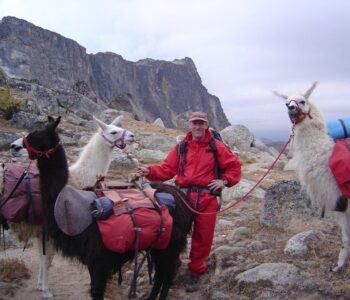